In February, the Cisco Visual Networking Index published a meaty report providing an update on Global Mobile Data Traffic, tracking growth and forecasting trends for the coming years. The report offers a fascinating glimpse into the future, packed with today’s insights and tomorrow’s projections on customer behavior, the role of WiFi, and mobile evolution. In short? The entire ecosystem is growing at a rapid pace. In the next 5 years, mobile data will grow by 1000% and WiFi alone will be responsible for offloading 55% of the total usage. We can’t wait to be part of the transformation.

After combing through the report, we’ve chosen a few of the most mind-blowing insights to share. Drop a couple of these facts at your next dinner party and you’re sure to impress – or maybe even spark a few friendly bets about what 2020 will actually look like.

What about that buzzword, the Internet of Things (IoT)?

By the way, did you know that a petabyte is the size of 500 billion pages of standard print text? That’s a lot of traffic. 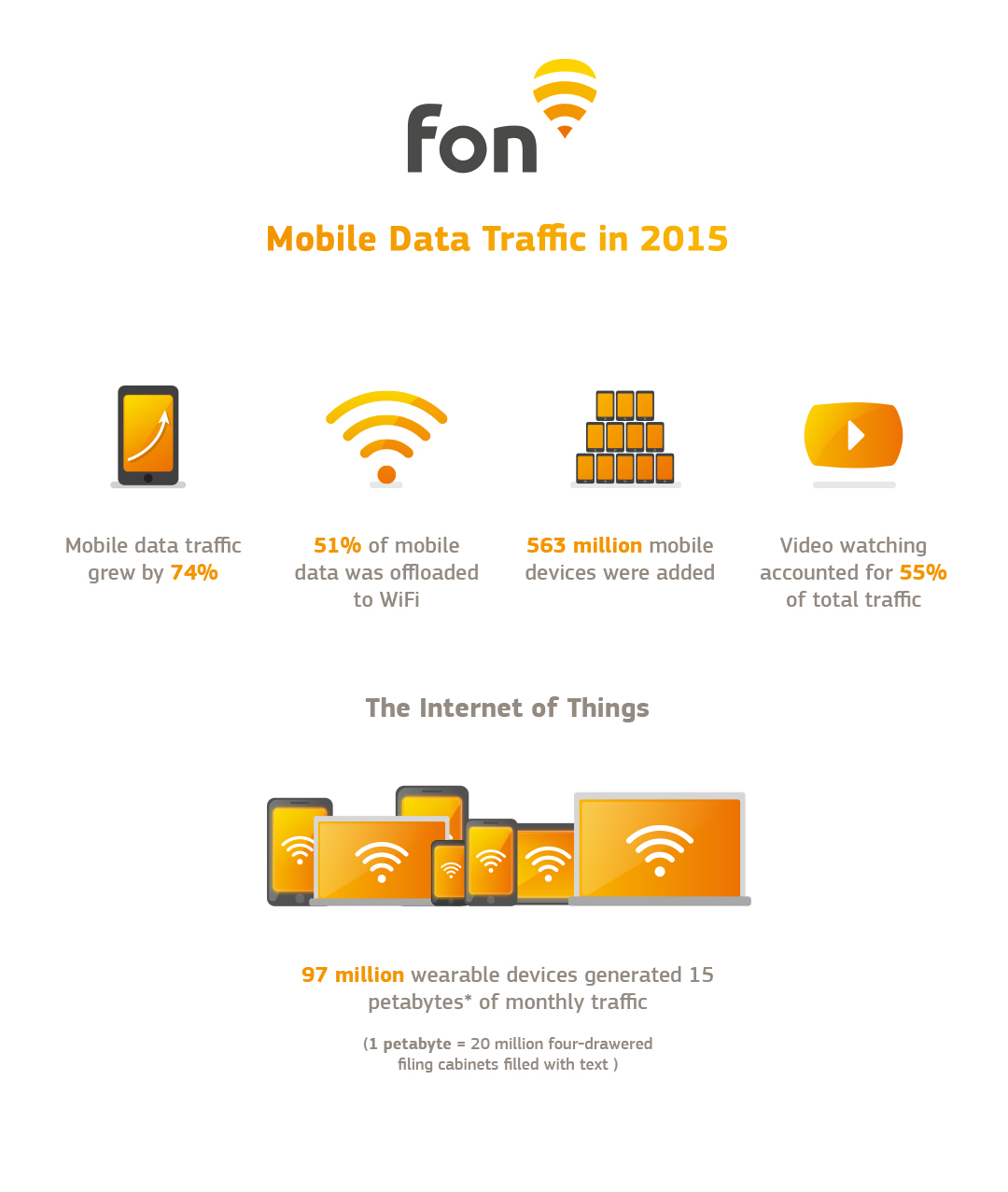 Let’s take that “74% increase in mobile data traffic” statistic and look at the growth rates around the world:

Projected milestones for mobile data traffic in the next 5 years: 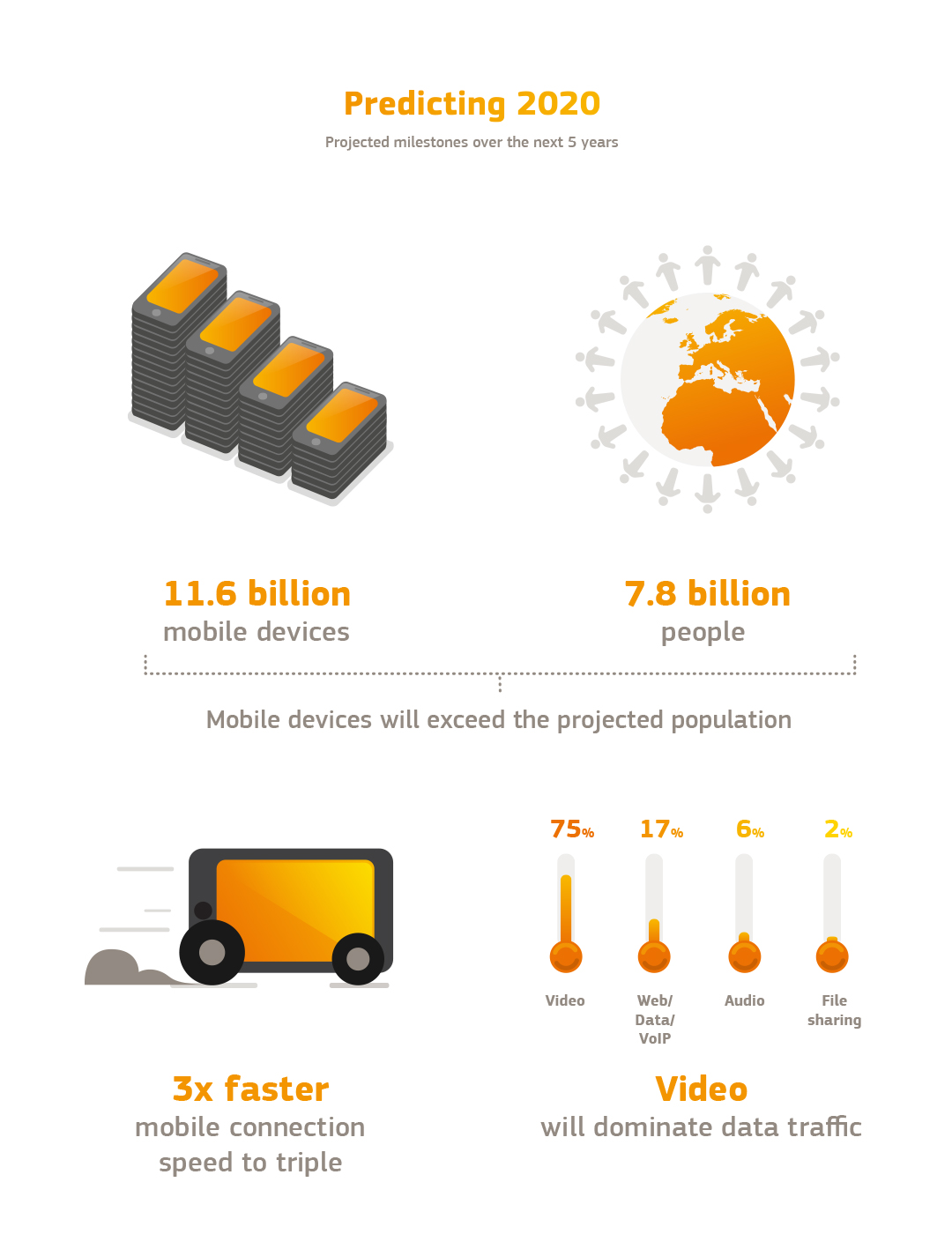 And with that, we are on our way to the next generation of mobile networks. Come along for the ride by joining us on LinkedIn, Facebook, and Twitter!