We are thrilled to announce Gramofon, a new product from our team here at Fon. We have been working on Gramofon for almost two years, and it is with great pleasure that we unveil the product on the popular crowdfunding site, Kickstarter. We are on Kickstarter because we want to get Gramofon into the hands of the type of people that made Fon happen in the first place—and we want to get it to them first.

Our CEO here at Fon, Martin Varsavsky, developed the initial idea behind Gramofon. Martin realized that there was no device that allowed him (or others) to play cloud music socially—i.e. in his living room. Martin wanted to make his speakers “smart” in the same way an Apple TV makes a TV “smart.” But all he could find were either expensive solutions that worked well or cheap solutions that did not.

Martin presented the idea to his Columbia entrepreneurship class. As it turned out, there was an electrical engineering student sitting in the back of the room that thought it was fantastic. The student quickly developed a proof of concept using a Raspberry Pi, a WiFi dongle, and some open source software called Mopidy. 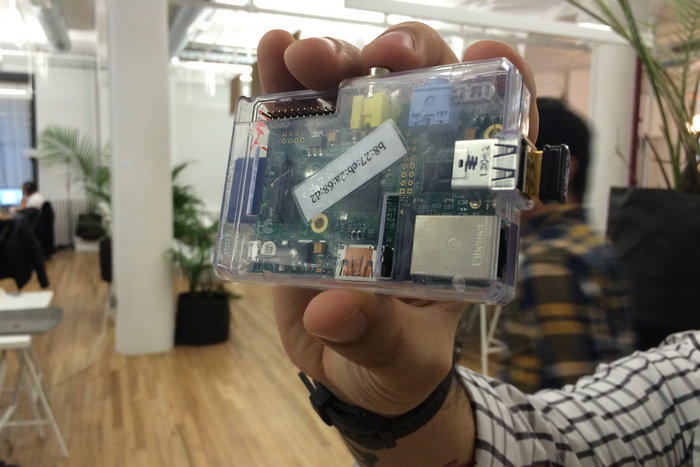 We worked with the Raspberry Pi for several months, and built a working set of prototypes. We then put a team of 10 together in Bilbao known as the “Fon Labs,” run by Head of Product Iurgi Arginzoniz and Head of Engineering Noelia Morón.  During testing we discovered WiFi generates the best social music experience because users can automatically connect when entering their homes; plus it can handle multiple simultaneous connections. However, we also realized that with a WiFi dongle and Raspberry Pi WiFi quality was not great. Enter the Qualcomm AR9341.

The heavy engineering came in as we rebuilt the entire product from the board up around this chip. With the Qualcomm AR9341 we were able to stream music and WiFi very well and fit it in a small, well-designed body. Then the product really came to life with a sleek black and white version, brought to you by the stellar designers behind Bone & Black.

The rest is history. We partnered with Spotify—Spotify Premium gives you 30 days free when you sign up— and integrated with Facebook, where users can sign in and directly connect with friends. Our other partner, the free radio service WahWah, will start in the USA, Spain and Brazil, and expand over time. With Qualcomm, we plan to incorporate the AllPlay smart media-streaming platform, which will really heighten the social music experience. 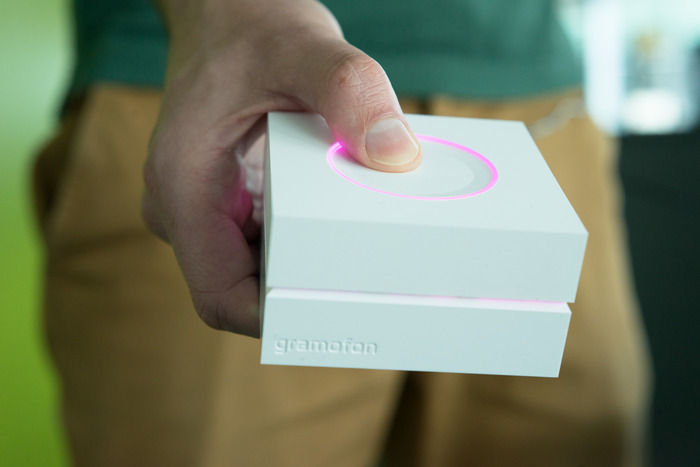 Gramofon is the easiest way to get your cloud music off of your phone and onto your sound system, and up to 20 people can connect to it and DJ simultaneously. Because Gramofon does not depend on Bluetooth, your music doesn’t shut off when you leave the room, get a message, or an email. As you may have seen with the launch of our most recent Fonera, Fon has integrated with Facebook so that friends of the owner can connect to the WiFi without a password. This functionality has been extended to Gramofon so that friends of the owner can play music whenever they are in range.

If you can’t tell, we really love Gramofon. And we hope you love it too.