Since 2006 Fon has contributed to the growth of WiFi worldwide to bring internet to everyone. This amazing technology is what made us a global success, and in honor of its 15th birthday we have created a cool infographic with the main milestones of the last decade and a half. 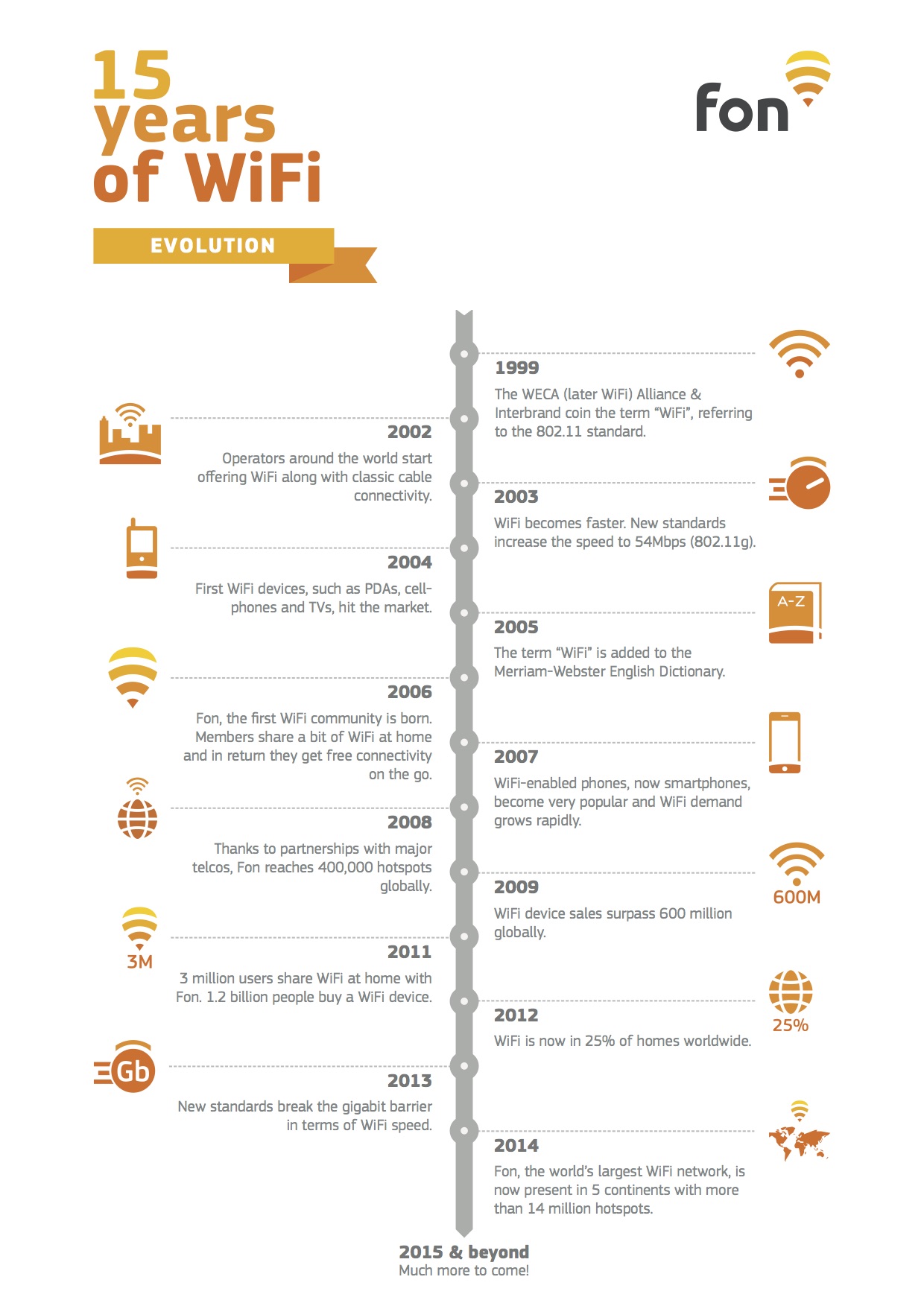 1999 The WECA (later WiFi) Alliance & Interbrand coin the term “WiFi”, referring 2002 to the 802.11 standard. Operators around the world start offering WiFi along with classic cable connectivity.

2004 First WiFi devices, such as PDAs, cell- phones and TVs, hit the market.

2006 Fon, the first WiFi community is born. Members share a bit of WiFi at home and in return they get free connectivity on the go.

2008 Thanks to partnerships with major telcos, Fon reaches 400,000 hotspots globally.

2005 The term “WiFi” is added to the Merriam-Webster English Dictionary.

2014 Fon, the world’s largest WiFi network, is now present in 5 continents with more than 14 million hotspots. 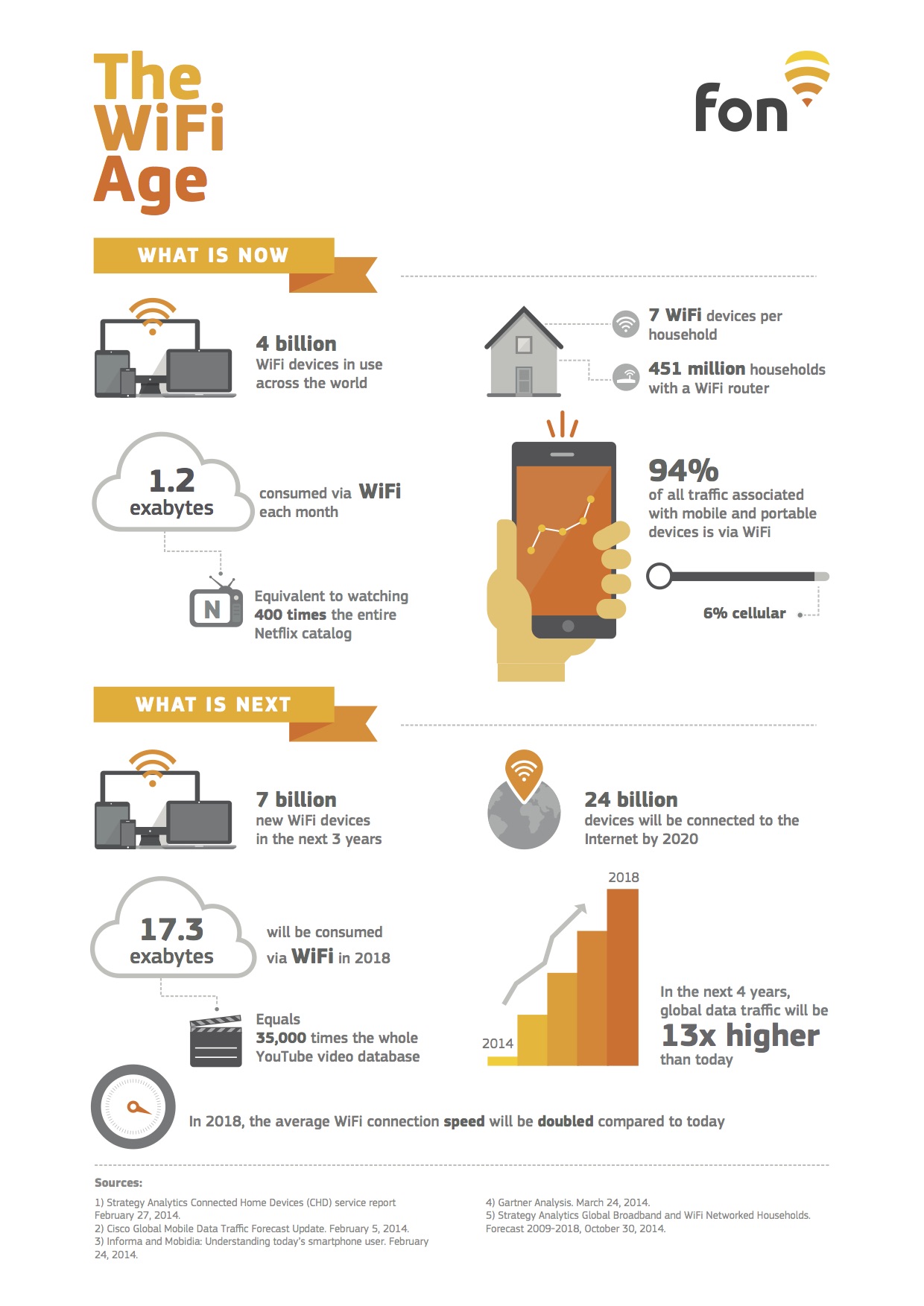 4 billion WiFi devices in use across the world

451 million households with a WiFi router

7 billion new WiFi devices in the next 3 years

24 billion devices will be connected to the Internet by 2020

In the next 4 years, global data traffic will be 13x higher than today

In 2018, the average WiFi connection speed will be doubled compared to today